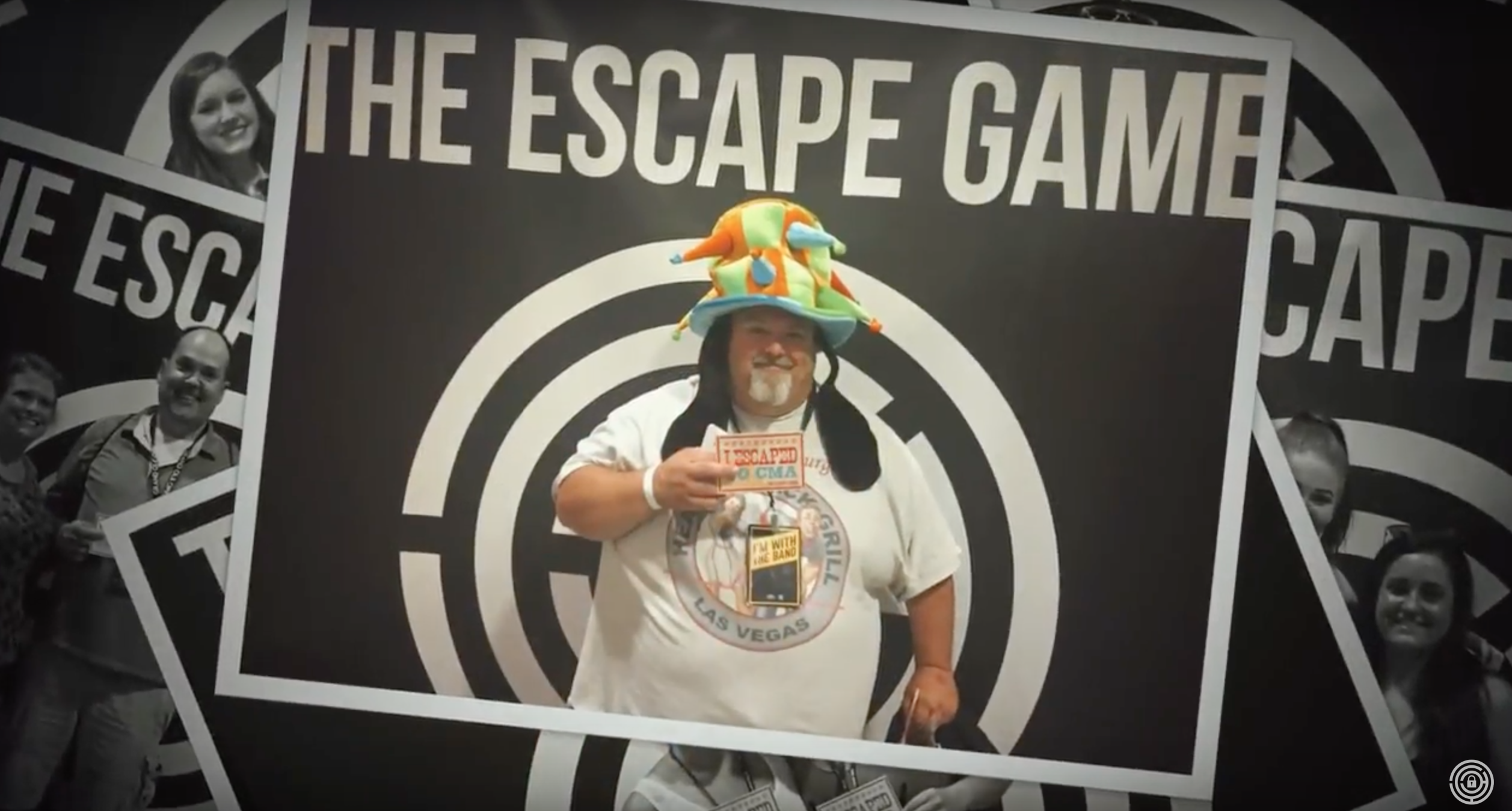 In early June each summer, anyone who lives in Nashville knows that one thing is happening: CMA Music Festival. For four days, country music lovers come from around the nation (and even across the world) to appreciate the best that country music has to offer in Music City. This year, CMA Fest went from June 8th to June 11th, and The Escape Game Nashville had a special treat to offer festival-goers.

For this year’s CMA Fest, we teamed up with CMA to set up a live activation around the Downtown Nashville festival area. We invited fans to be part of Escape to CMA, a festival-wide scavenger hunt that functioned like an outdoor escape game, complete with riddles, clues, and locks at every turn. And it gets better: anyone who completed the game was entered to win 2 tickets to next year’s CMA Fest, plus round-trip flights and a 4 night stay at the Gaylord Opryland Resort.

Those who wanted to play started out at The Escape Game’s booth in the Xfinity Fan Fair X area of the festival, where they received a phone number to call and receive their first clue. When they called the number, a message from Kelsea Ballerini directed them to Ernest Tubb’s Record Shops. From there, players experienced almost every area of the festival, venturing from Nudie’s Honky Tonk to Ascend Park to The Escape Game’s 3rd Avenue store. From there, they received another phone number with a message from Cole Swindell that led them to the Country Music Walk of Fame, and then finally back to our booth in the Fan Fair X area.

Take a look at this video to see what the game looked like in action, and to see some of our incredible players completing the final step!

Like playing our indoor escape games, if players got stuck and wanted some extra help, they could ask for clues along the way. Our team set up a live chat on our EscapeToCMA.com website, where players let us know what step they were working on, and we helped lead them in the right direction to move forward with the game.

By the end of the festival weekend, more than 200 people finished the game, and one lucky winner will be coming back to CMA Fest in 2018! We had such a great time putting on this event, and we couldn’t have done it without our incredible partners: Ernest Tubb’s Record Shops, Nudie’s Honky Tonk, Cole Swindell, Kelsea Ballerini, and everyone working at CMA who helped the festival run smoothly. Big thanks to them and to everyone who played the scavenger hunt!

Did you celebrate employee appreciate day with you