Types Of Locks And Codes Found In An Escape Room 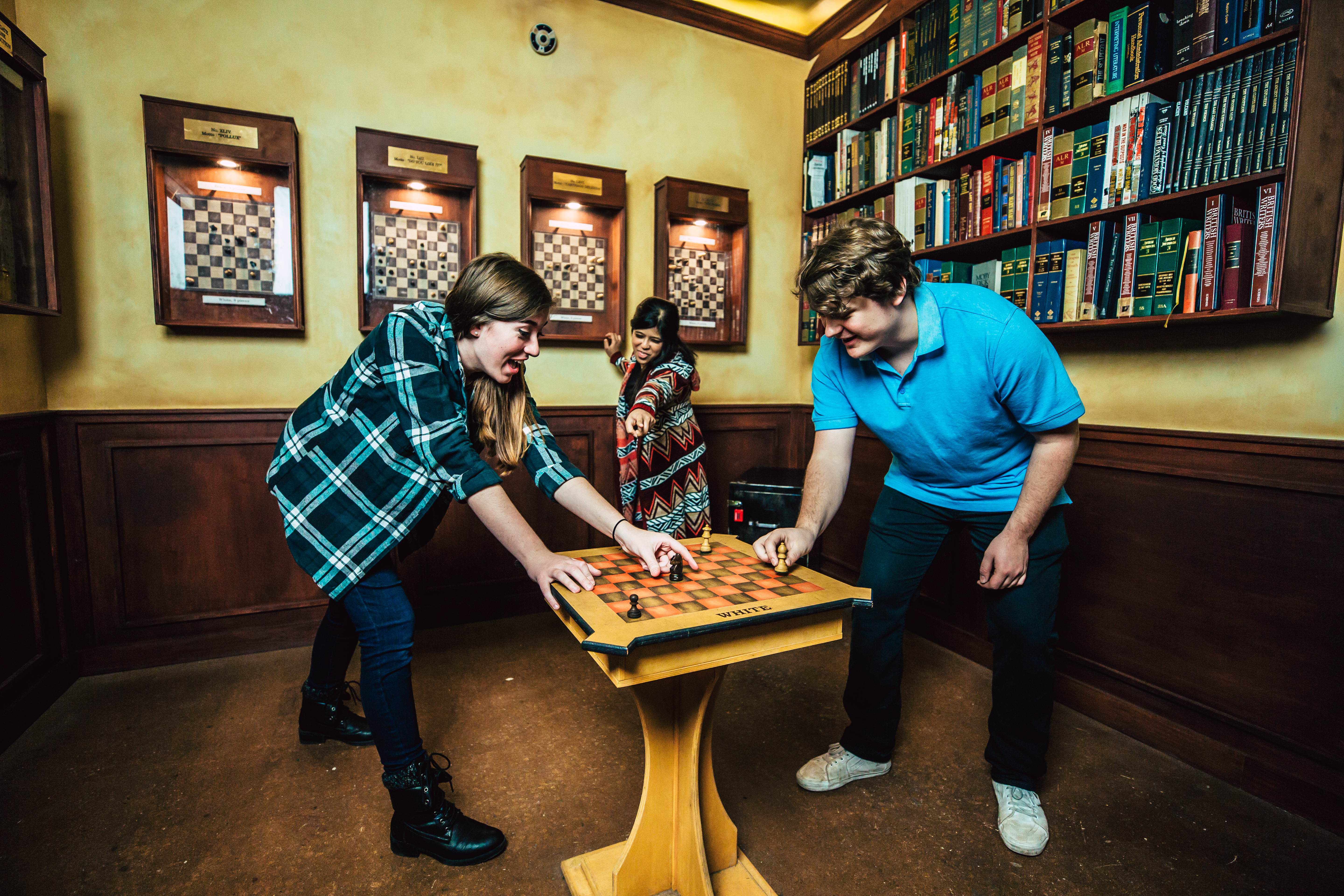 It takes many different skills to complete an escape game. Escape rooms are filled with puzzles and challenges for you to solve in order to win the game and escape from the room. Though escape rooms come in many different forms and themes, you will find similar types of puzzles and locks in most of them.

Most escape games will involve at least a few good old-fashioned locks. There are several commonly used types of locks: padlocks with keys, numerical locks, word locks, and directional locks. Though this is not an exhaustive list of types of locks found in an escape room, being familiar with these types and how they work could save you valuable time during your escape.

One of the most common types of locks in an escape room is a padlock with a key. You will usually find the keys in drawers or vases or inside other locked boxes. Escape rooms typically only require you to use each key once, so when you have used each key, it is a smart idea to leave them in the lock so you don’t find it again later and spend time trying it in other places in the room.

Locks with number codes are also common. They are typically  either a padlock or a keypad. You will usually find the answers for these codes by solving a puzzle that yields a number code. Sometimes that means you need to do a little math, but other times it involves physical puzzles or changing words to numbers.

You may have used these for your bike or your locker in high school. Word locks work much the same way as numerical locks. You will have a lock with about five or six discs that each have a letter on every side. You can rotate the discs to arrange the letters into the word that you need to use to open the lock.  You may find the word you need in a book or in a box or as an answer to a riddle.

Directional locks are one of the trickier ones that you may find in an escape room. You may find or determine a code that is up/down/left/right or one that is North/South/East/West for this lock. The tricky part, however, is resetting the padlock. These codes can be any length, and you can’t tell just by looking at the device whether it has been reset. You just have to push the body of the lock up into the metal (at least) twice in order to reset it before entering a new attempt at the code.

Once you familiarize yourself with the different types of locks you are likely to see in an escape room, it would also be helpful to learn about a few of the types of puzzles you will encounter! Some of these puzzle types will yield codes for you to put input into locks, but others help you progress in your escape game adventure without the use of locks at all.

Challenges that are logic-based are very common in escape rooms. These are puzzles that don’t involve moving anything physical in the room, but instead require you to make mental leaps to figure out what you should do next. Challenges that are logic-based in escape rooms often are used in combination with various types of locks, because most of these puzzles yield codes. These puzzles appear in many forms and at various levels of difficulty. One might be as simple as collecting all the elephants in the room and using the numbers on the bottom in a particular order, but another may require you to compare and accurately identify scents.

Some puzzles don’t require any locks or codes, but instead required you to physically manipulate items in the room in order to move on. These challenges add a layer of complexity to your escape, because you can’t always immediately identify them as puzzles since they don’t involve a locked box. Maybe you need to move the statues or use mirrors to deflect a laser, or turn dials to specific settings that you found elsewhere in the room. Logic will still be involved, but instead of getting a code when you solve the puzzle, the mechanics of solving the puzzle will allow you to progress to your next challenge in the escape room. For example, one puzzle may require you to rotate several items according to a reference picture. When you get it correct, you don’t get a code or a key but a door behind you unlocks. Or maybe if you put a several books in the correct spots on their shelves, the bookcase will pop open to reveal another room behind it. You never know what could happen in an escape room, so you should always be aware of your surroundings!

Though it is not uncommon to find math problems in an escape room game, you shouldn’t worry that it may have been a few years since you’ve been in a math class. You won’t need calculus or trigonometry. After all, most rooms are designed to be tackled by 15 year olds and 85 year olds alike. Usually some fairly straightforward addition or maybe some multiplication is all you will need to use in an escape game. It may be employed in clever or tricky ways, but the math itself probably won’t be a stumbling block for your team in an escape room. For example, you may need to count specific types of items in the room and add them to get a code, but the tricky part is not the addition but the way some of the items are hidden.

Think you have what it takes to solve an escape room? Whether you’re a puzzle lover or a riddle master, it takes more than just problem solving skills to escape the room! Take a look at our escape room cheats and plan your next adventure at The Escape Game!

There’s something brand new in the world of team

Sara, one of our team members in Las Vegas, wanted

We’re hiring! We are looking for a Content Marke

The wonderful team at @escapetheroomers held the 2

Christmas is over, there’s nothing left under th

Don’t forget our single-player gift cards are on

There’s no place like Zoom for the holidays! Gra

Procrastination pays off! Today is your last chanc

Who wants to see Unlocked under their Christmas tr

Don’t worry, shipping is on us. Get free 2-day s

It’s your last chance to get our buy one, gift o