The History of Escape Games 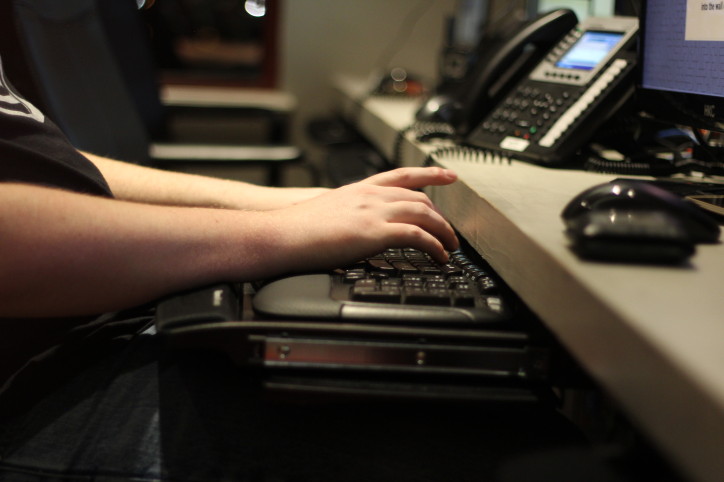 If you’re new to escape games, you’re not alone! Though escape games have recently gained mainstream popularity, they have actually been around for over a decade. From its origins with the first real-life game in Japan, the escape game industry has spread worldwide and had appealed to people wanting to experience their entertainment, not just watch it. The industry gained momentum in 2014 when escape rooms starting popping up all over the US, and there is no end in sight to the growing popularity of this fun and engaging activity. 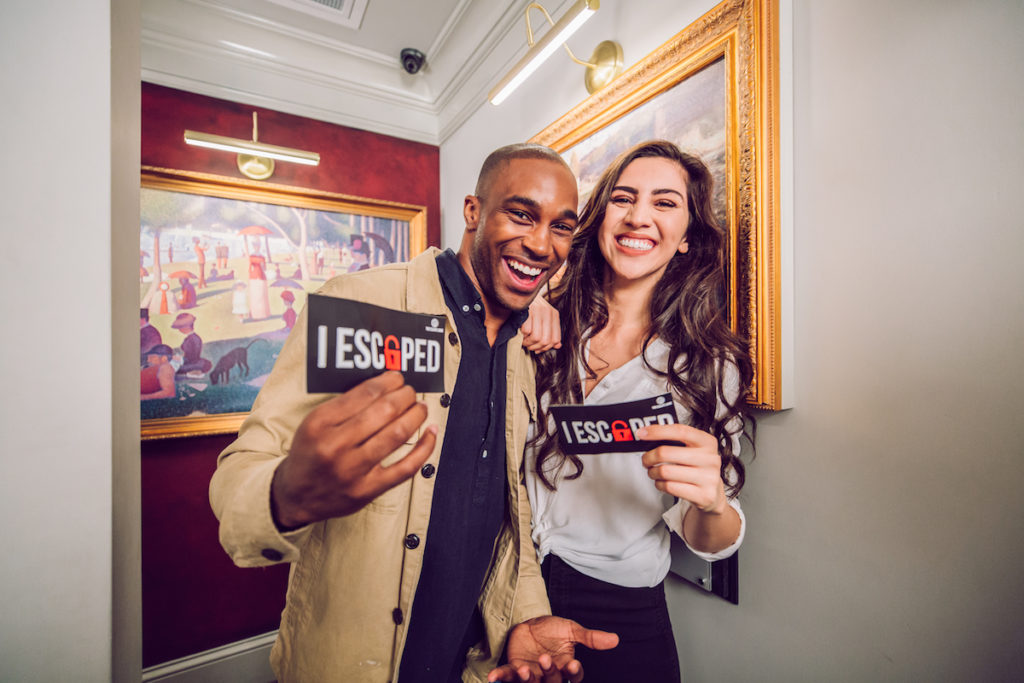 As video games became increasingly popular in the 1970s, people began searching for new ways to allow players to interact with their games. Video games initially relied on text-based commands to control game-play. However, as technology improved, gamemakers began utilizing visual cues instead. In turn, this gave way to point-and-click adventure games — the grandfather of real-life escape games. Point-and-click games were mainly played on computers and required the players to use the cursor to interact with objects in the game. The earliest example is the little-known Planet Mephius, designed by Eiji Yokoyama and published by T&E Soft in 1983. This first point-and-click game was only available in Japan, but this type of game spread and grew in popularity, eventually leading to the creation of “escape the room” video games.

The idea of basing a game around a player trapped in a specific space dates back at least to the text-based game Behind Closed Doors, created by John Wilson in 1988. Over the next fifteen years, “escape the room” video games began adopting the point-and-click style of gameplay. The genre of “escape the room” games became popular with the 2004 release of Crimson Room, a game by Toshimitsu Takagi of Japan. (You may see the genre Takagism associated with escape games due to his name.)

Crimson Room gained popularity at least in part because of the growth in internet access. The game can still be found on many gaming websites, and it is a great example of many of the “escape the room” video games. Like Crimson Room, most start with a short text intro (sometimes confusing when translated to English from Japanese) and involve a first-person perspective. The game’s atmosphere often involves a sense of isolation due to ambient music, minimalistic interface, and no other characters involved. The player must search the room by clicking objects and hovering the mouse over certain locations. Although not always, these games often take place in a single room and the ultimate goal is to escape through a door. The popularity of these video games eventually became the inspiration for real-life escape room adventures. 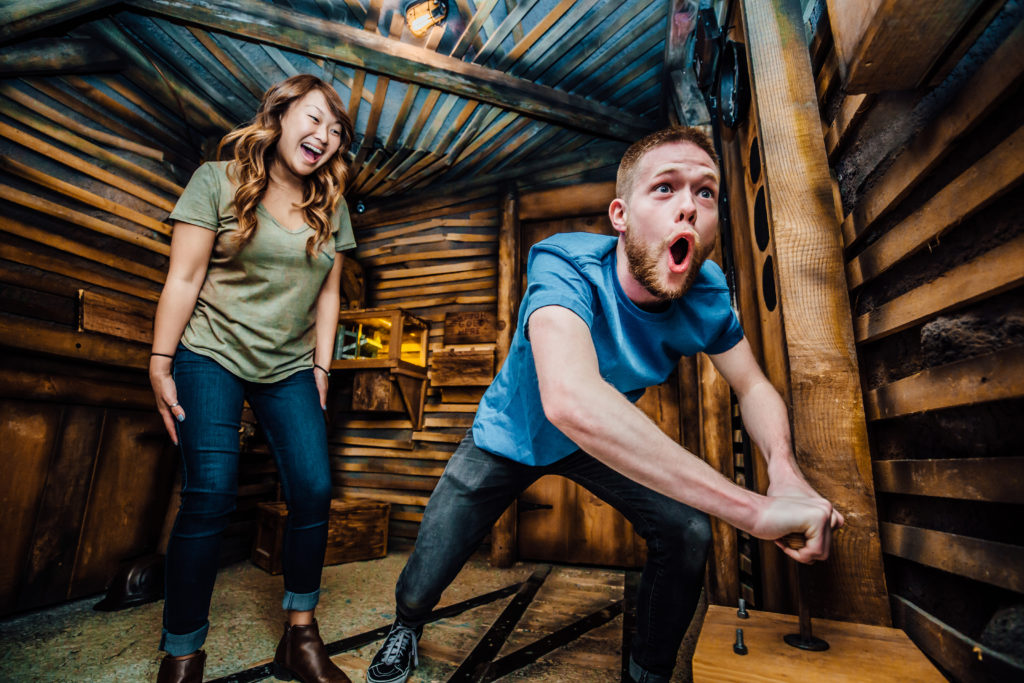 Those old point-and-click escape the room games have evolved over time into amazingly immersive real-life adventures. While the basic premise of being trapped in a room and needing to escape has remained the same, real-life escape rooms add numerous layers to the experience. Players must use physical clues in the room to tackle challenges and complete their mission. They must be observant of their surroundings and think strategically and critically on how they can use the elements in the room to accomplish their goal.

The first ever real-life escape game was created by Takao Kato of Kyoto, Japan in 2007. Kato took inspiration from the “escape the room” video games and its new popularity in the 2000s.
“I was thinking about doing some kind of new event, and the girl sitting next to me said she was hooked on online escape games, so I just tried to make one,” said Kato.

He also tapped into his childhood need for adventure to inspire him to build the concept.
“I wondered why interesting things didn’t happen in my life, like they did in books,” he said. “I thought I could create my own adventure — a story — and then invite people to be a part of it.”
Originally, games were played at various bars and clubs in Japan. Over the next five years, more permanent locations were built throughout Asia and Europe. The concept spread to many places, including Budapest, Bern, and Australia. The concept hit the United States between 2012 and 2014, with a few companies slowly building traction in San Francisco, Seattle, St. Louis, New York City, and Nashville. 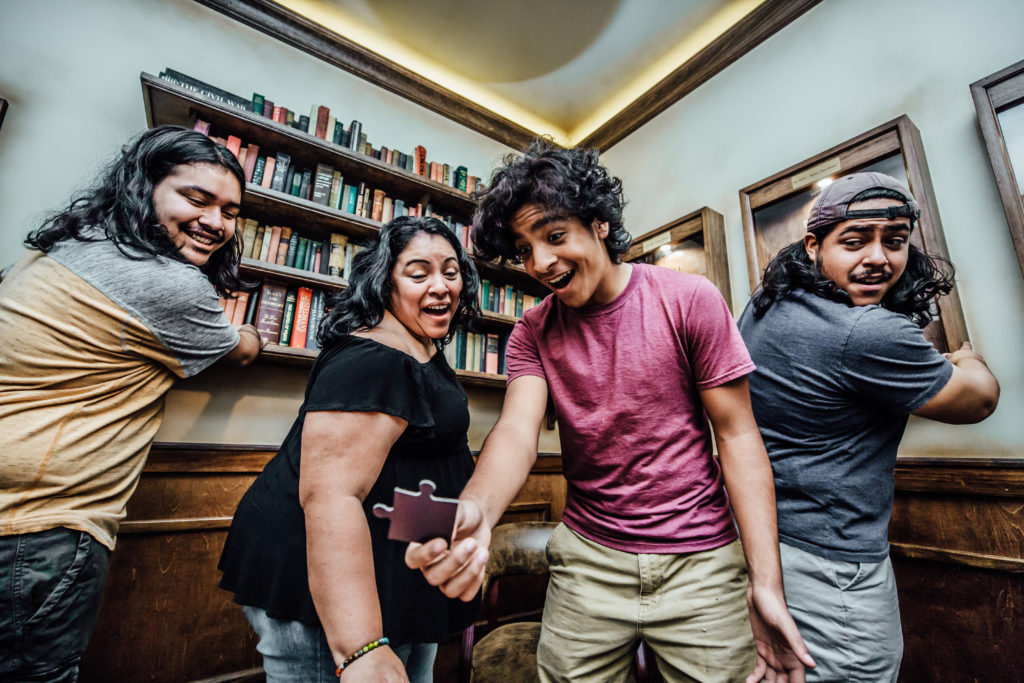 In the middle to late months of 2014, the industry began to see an explosion of real-life escape game businesses. You can now find escape room games all over the world. One theory behind the popularity (besides it being amazingly fun) is the rise in “experiential entertainment.” No longer do people only want to sit and watch, but they want to do! This can be seen in the rise of virtual reality, music festivals, genre-based conferences, and “haunted” adventures.

Escape rooms fit into this genre of entertainment because they are such immersive experiences. Instead of watching characters play out a story on screen, the players are the main characters of the story. Players get to be the hero of their own adventures as they live out the plots of stories they have previously only seen on screen. They can break out of prison, take part in a daring art heist, find hidden gold, and more!

We are proud to announce we will be making the ope

LIMITED TIME ONLY - our FREE Unlocked adventure wo

These Escapees got engaged at The Escape Game!

You guys, have you played our FREE Unlocked Game y

Our friend @chrisramsay52 got his escape squad tog

Our friends over at @funhausteam had an awesome ti

Our board game, Escape From Iron Gate, is now avai

It’s time to celebrate! Christmas in July is tod

Are you ready to complete your first mission as a

Announcement: Prison Break will be our next Remote

We are giving away the ultimate Escape At-Home pac

FOLLOW US
This error message is only visible to WordPress admins


Error: API requests are being delayed for this account. New posts will not be retrieved.