THE VERY BEST IN TEAM BUILDING

At The Escape Game, our games are perfect for teams who want to learn and grow together.

We’ve all participated in traditional team building activities, right? Ice-breaker questions. Trust falls. Whiteboard challenges. Let’s try something new! Did you know companies all over the country are looking to escape rooms for team building?

According to Science for Work, it’s important to set an objective for your team building activity before planning. Once you’ve set your objective, you find the activity that aligns with that objective—because not all team building activities are equal. At The Escape Game Cincinnati, you’ll find your team will unleash creativity never seen before as you work together to unlock clues and solve puzzles. Getting out of your normal work environment will allow your team to think in a new and innovative way.

Companies and organizations that
communicate effectively are

Team bonding and team building are totally different but equally valuable. Bring your team members closer together and develop skills that will improve your office culture. The fun of collectively taking on an adventure, combined with the rush of an escape, creates a bond like few other activities can. They don’t even need to escape for this to work! The fun is in the adventure and the shared goal, with high-level teamwork built right in.

Team building with The Escape Game promotes vital skills and habits for any team,
from basic morale-boosting to real communication improvement. 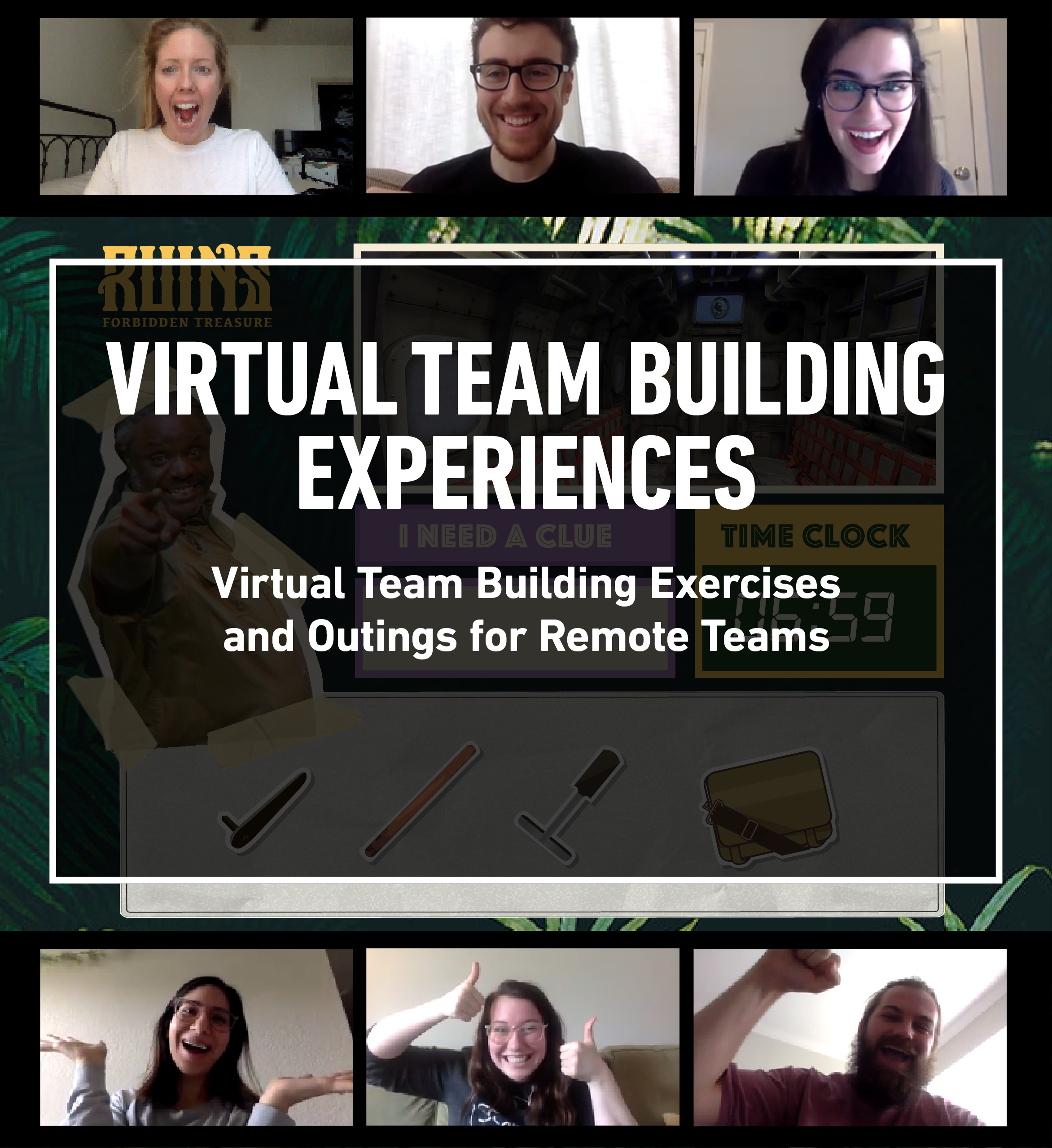 See how other companies are using The Escape Game 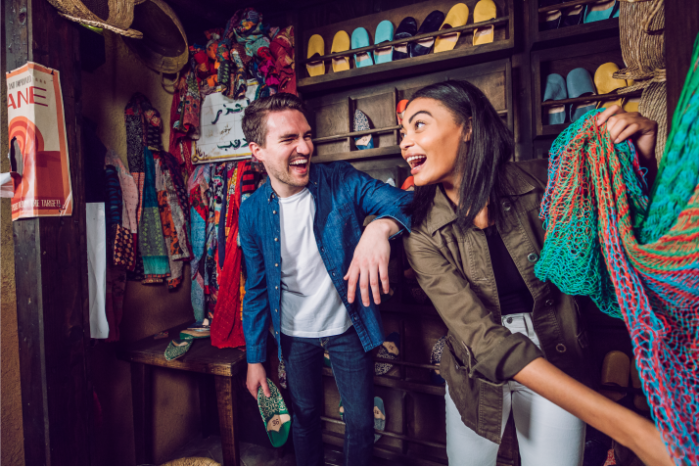 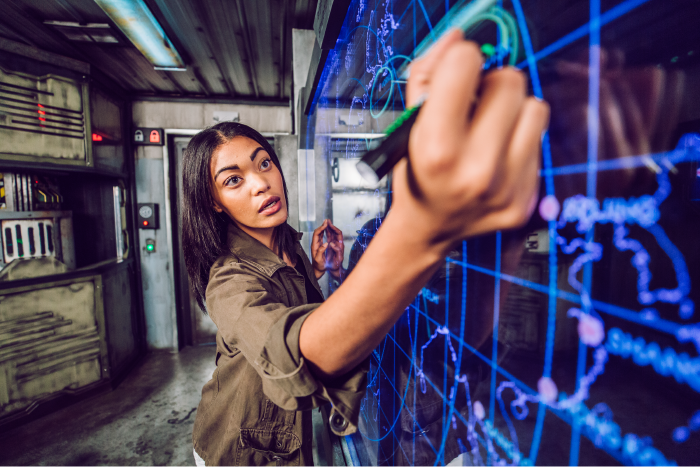 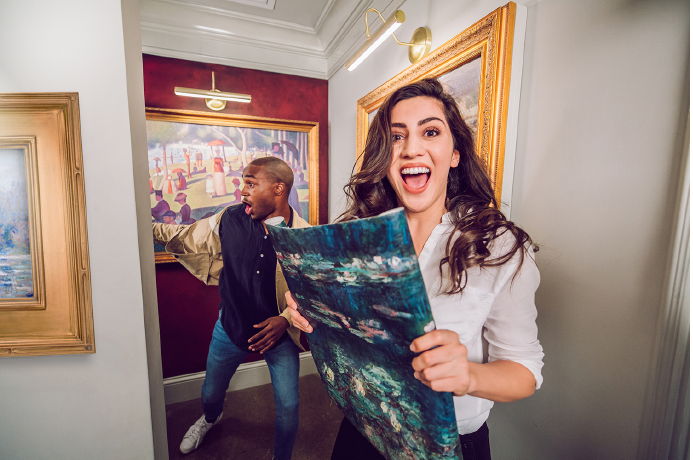 The Escape Game is epic for everyone!

Why choose The Escape Game over the traditional team building activities? The Escape Game Cincinnati pushes your team to unlock hidden potential and creativity. You have to think outside the box as you search for clues and solve puzzles.

You’ll learn a lot about your team in a short period of time. Our perfectly crafted escape rooms are the ideal environment for assessing your team’s strengths and weaknesses. Learn who your natural leaders are. Who keeps their calm and thinks clearly in the midst of chaos? Who is a great team player and an asset to keeping the ball rolling?

Still feeling a little skeptical? Check out this 5-star review from a team member who came to The Escape Game Cincinnati with their team:

“It was an awesome experience and even those of us that went in skeptical walked away ready to do another one.

When we got into the room, it was extremely well designed and the puzzles were great. We did need help a few times, but that’s to be expected doing our first one of these ever and our game master was great at giving us subtle clues when we needed them without giving the entire puzzle away. There was lots of shouting, lots of working together to figure out all the locks. It was an amazing team building experience. All of us walked away feeling like we contributed in one way or another, which is saying something because everyone in our group are a lot of polar opposites. It was an awesome experience and even the ones of us that were unsure about going in were already ready to group back up and try another one.

Most importantly, WE ESCAPED! I highly recommend giving this a try, either for team building or just getting closer to your friends. The adrenaline from each time we managed to solve something together was unlike anything I’ve ever felt. Lots of shouting, lots of hugging, lots of fun.”

We’re located right down the street from Paul Brown Stadium, so there are tons of awesome places to catch a bite to eat before or after your game.

The Blind Pig – A modern-day speakeasy located within a 5-minute walking distance from the Red’s Stadium.

Rebel Mettle Brewery – Grab a beer here. Unique and united by their love of lager, forging their own path, questioning rules and following the Rebellious Spirit in us all. Life, Liberty and the Pursuit of Lagers.

The Escape Game has locations across the United States and we’re eager to host you and your team outing at any one of them! You can learn more about our locations by visiting the pages below.

Feeling overwhelmed trying to plan your event? No problem!

Our guest experience team is available via phone, email, or live chat to help you plan your day at The Escape Game.

CHAT WITH US
BACK TO TOP