Behind The Scenes Interviews With Our Game Guides 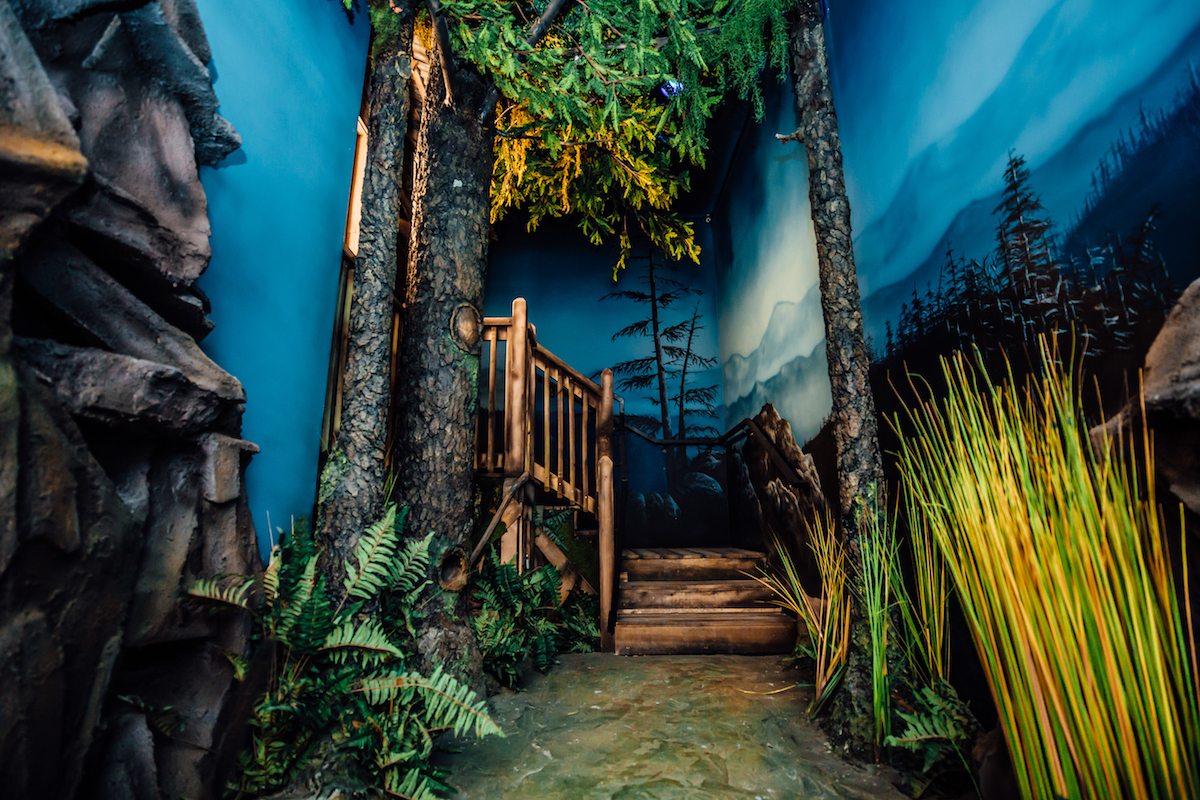 When you walk into an escape room, you have no idea what challenges wait for you in the room. There is one person, however, who knows what is in the room and how to get through the puzzles in the time limit. They are there to help you and you should rely on them.

Game guides are an important part of your escape.They introduce you to how the game works and answer any lingering questions or concerns you may have before you begin your escape room. Then, they are available throughout your journey to help you complete your mission.

At The Escape Game, game guides are watching and listening to you as you explore the escape room and work with your team, and they track your progress thoroughly so that they know exactly what clue will help you move on and escape.

We talked to a few of our game guides about their favorite memories as game guides and their advice for new players.

Since they help teams complete their missions every day, Our game guides have the best insight and strategies for how to successfully beat an escape room. They know the ins and outs of each game, what works for successful escapes, and what trips teams up in their game.

We asked a few questions of our game guides from our 11 escape game locations across the country so that you could hear from the people who know the most about how to escape!

What is your favorite memory as a game guide?

Our game guides love making guests’ experiences as best as they can be, and many of our game guides’ favorite memories involve the guests they have served.

Craig from Dallas loves being a part of proposals. He says that there was one proposal that stands out to him because the guest asked if The Escape Game Dallas could alter some of the codes to fit dates that had special meaning to the couple. Craig remembers, “We changed out locks and made adjustments to some of the components in the game to make sure their experience was epic!”

One game guide’s favorite memory involves a group that didn’t escape! Tim from Minneapolis says this group “didn’t win but the entire game they were marveling at how amazing the game was and how much fun they were having. After the game I had some time to stand and chat with this group and really made a personal connection. They were all smiles and their attitudes would have suggested they won, even though they didn’t escape. They are one of my favorite groups I have ever had the pleasure of guiding through one of our games!”

Brianna from Nashville especially enjoyed the third annual Escape Room Conference hosted in Nashville: “It was such a privilege to guide teams from all over the US and even from other countries! I had such a blast talking with other escape enthusiasts about their favorite experiences, swapping stories, and sharing The Escape Game adventures that made me fall in love with escape games!”

What is your favorite game to game guide and why?

Many game guides picked The Heist or Gold Rush as their favorite escape game to run. Phill from Minneapolis likes to game guide The Heist, “because a lot of beginners start with The Heist, and it’s so wonderful to help introduce people to the world of escape games!”

Hunter from Cincinnati says Gold Rush is his favorite, because “It is such a perfect mix of logical thinking and tactile things…Gold Rush really feels like you are stepping into a brand new world, and being a part of that experience is just awesome. I remember when I first played that room, and just being so amazed. It really felt like I had disconnected from the real world for an hour. Gold Rush is such an immersive experience, and that is why it is my favorite to run.”

Even though he says that it always depends on the guest because each experience is unique, Cristian C. from Houston also picks Gold Rush as his favorite game to guide: “It has, I think, a lot of what every guest wants. A secret room, challenging puzzles, a fulfilling experience, and an adventure! When they get to the end, it’s always cheers of victory!”

Another favorite of many game guides is Playground. Ben from Dallas says, “The way it brings out everyone’s inner child is amazing. I always love when people go into the game thinking that it will be too childish for them, but end up loving it and having such a great time.” 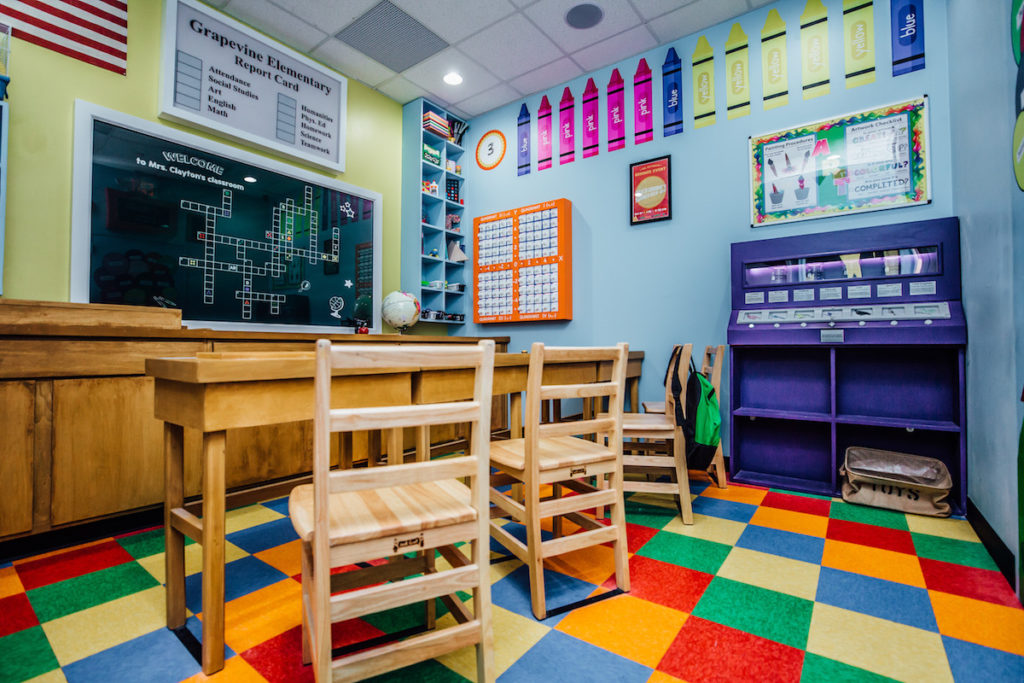 What is the weirdest thing you have ever seen anyone try in a room?

Every team is different, so each game our game guides run is an opportunity for them to observe people and their thought processes. Some people come up with extremely creative ways to solve some of the puzzles in our rooms, and our game guides have a front row seat to some entertaining escape attempts.

Many extremely creative (and wrong) solutions involve team members trying to physically fit in places they don’t belong. For example, some players try to squeeze their entire bodies through the bars in Prison Break.

Ben from Dallas also says something similar happened once in The Heist: “One time a dad tried to fit his 3 year-old son through a small hole in the wall. I told them they wouldn’t need to do that, but he already had the kid waist-deep in the hole.”

Game guides also tell stories of people trying to find codes through unnecessarily difficult math. Some teams have set up complex equations with multiplication and division and factoring the least common denominator, and other teams have tried to count crystals in chandeliers to find codes! While many escape rooms do occasionally involve math in a puzzle or two, in our games the solution is usually simpler than you think!

What is your favorite part of your job?

Game guides take on the large responsibility of making sure that every single guest has the best experience possible. This hard work comes in many forms, and they often have to wear several hats on the job. When we asked about their favorite parts of their jobs, however, most of them said the same thing: interacting with guests.

Brianna from Nashville says, “I absolutely love welcoming first-time players and introducing them to the whole world of escape games! The first game I ever played blew my mind, and being able to give that same incredible experience to our guests is so rewarding for me.”

Aaron from Minneapolis loves “interacting with guests and learning more about where they’re from, and watching their brains work in our games.”

Guests are also Alexa from Nashville’s favorite part: “I love seeing how much fun people have when they come to play with us and how happy they are to escape, and how excited some teams are to try a different room when they don’t escape the first one.” 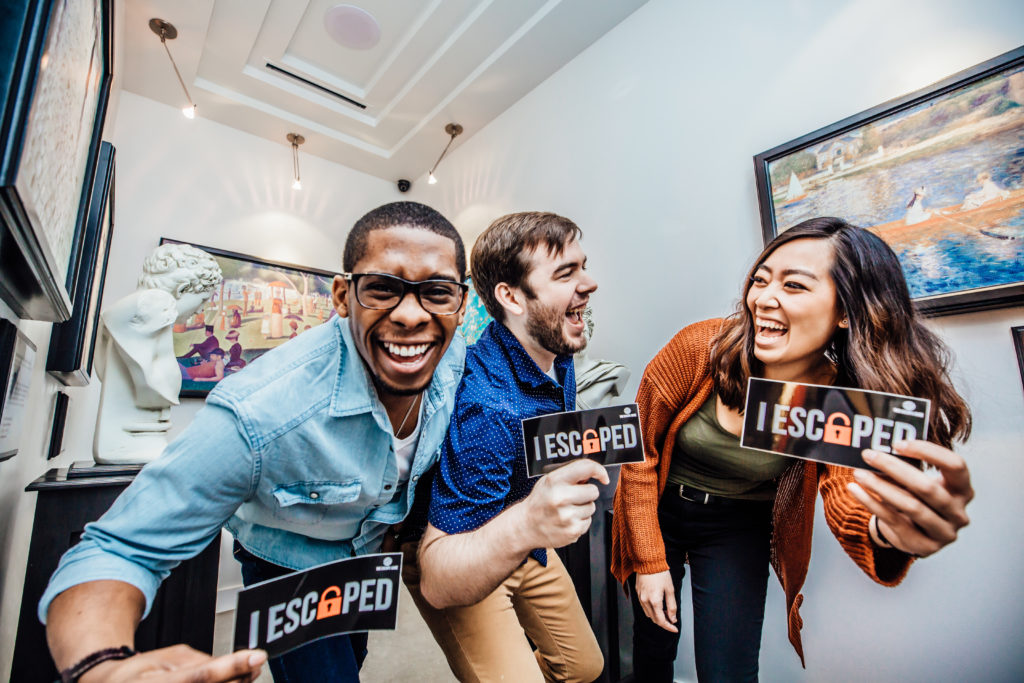 What advice would you give to new players?

Game guides are incredibly familiar with the game you’re playing. They have studied all the puzzles and have seen the games played hundred or thousands of times. They are absolutely your best resource when it comes to your chances of successfully escaping. They already know how to escape, and they are there just to help you! So, we asked them what advice they would give new players.

Ultimately, they all agree that the most important things for you to do are to trust your game guide and ask for clues whenever you need them! In addition to those insights, here are wise words of advice from our game guides!

Robert from Nashville says that escape games are a great opportunity for players to learn how to effectively communicate as a team. He says, “Listen to each other, talk one at a time, and talk through what you see and think. You never know what small detail will trigger something in someone’s mind. These games are cooperative!”

Shannon from Minneapolis says teams should “Read everything and read carefully! Organize your team and get to know your teammates’ strengths and weaknesses when it comes to puzzle solving or finding things. Keep a discard pile or put keys and already used items in one place, since most game pieces are only going to be used once.”

Brianna from Nashville encourages, “If you’ve got a hunch, follow it! One of your teammates has already played 17 times–so what? Your perspective is just as valuable as theirs, and you just might notice That One Thing that everyone else overlooks.” 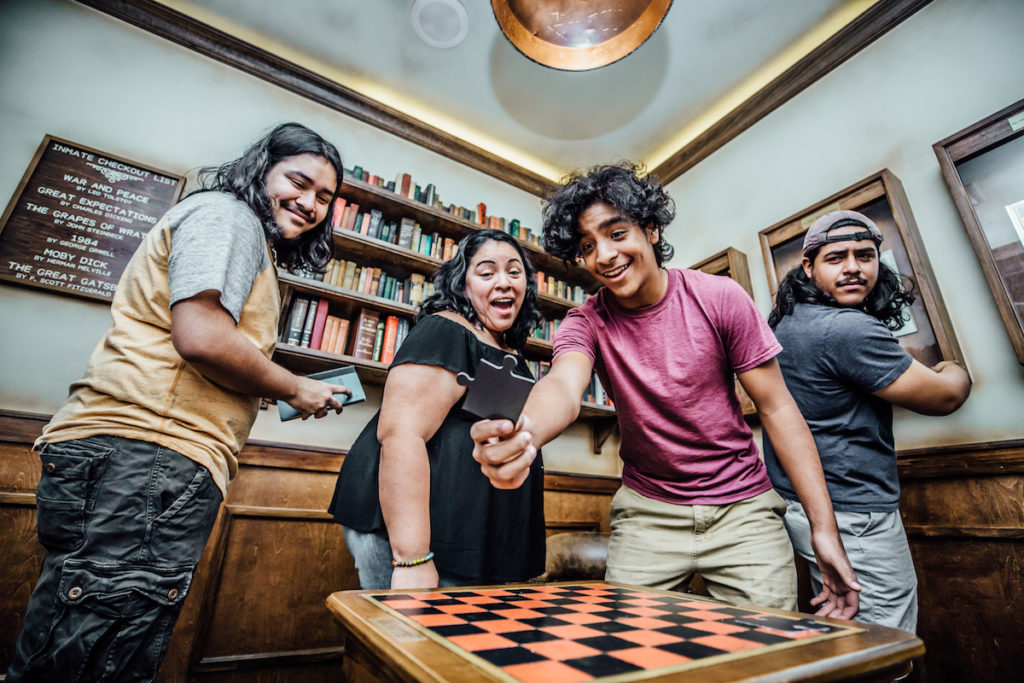 FOLLOW US
This error message is only visible to WordPress admins