That Time We Built a Prison Escape Game 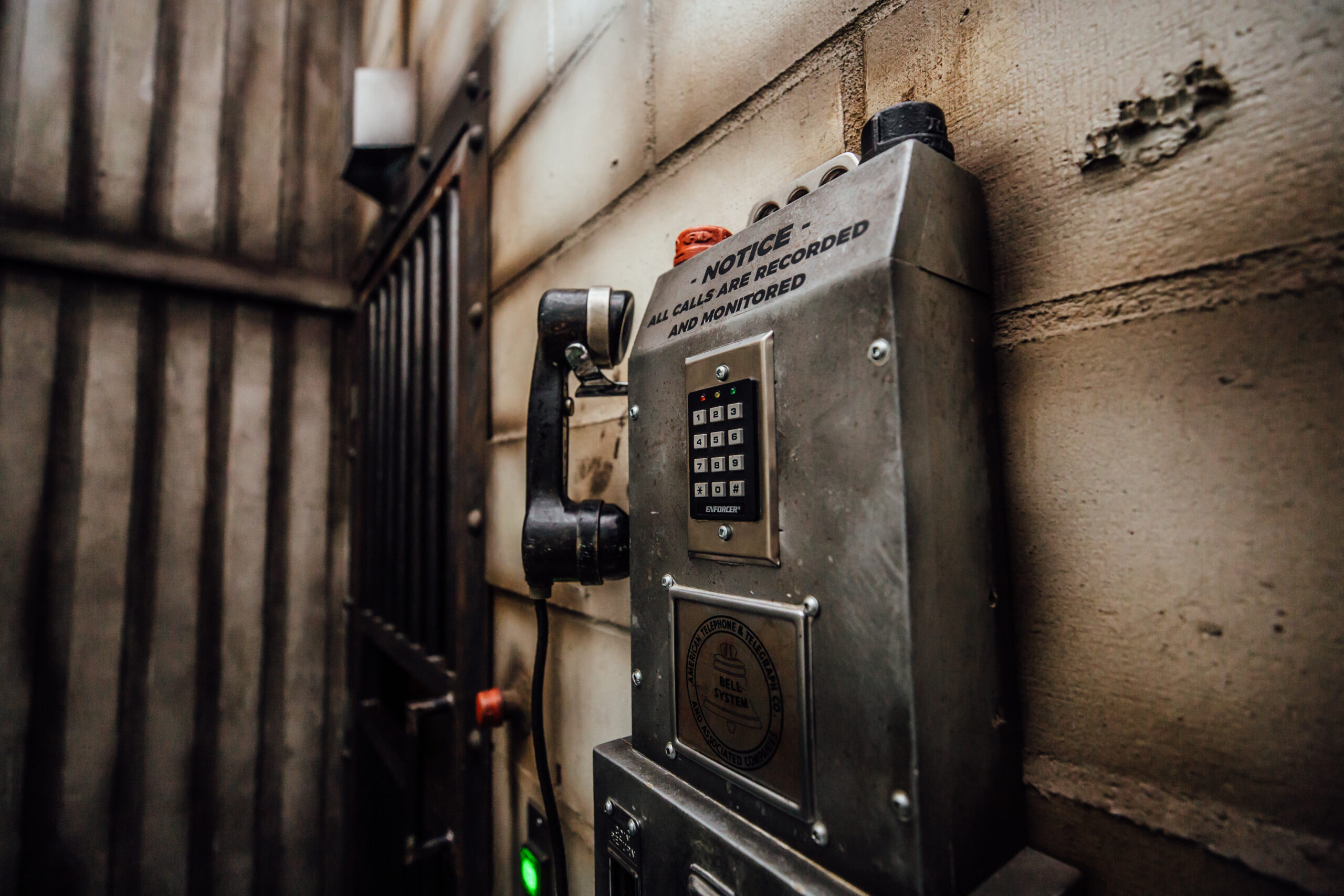 Imagine this scenario: you’ve been convicted of a crime and assigned to a life sentence at Iron Gate Prison, but get this – you’re innocent. It looks like you only have two options: you can live out your prison sentence knowing that you deserve to be free, or risk your life by trying to escape. The risk of trying to escape could be even more significant than it seems, because the inmate who used to live in your prison cell has gone missing, and he left no sign of what might have happened to him. As dangerous as it might be, you decide that you have no choice. With only the contents of your cell and some information from fellow inmates, you set out on your escape mission.

This scenario is no longer just in your imagination when you play Prison Break at The Escape Game. After arriving and going over some basic game points, you and your team will walk into Iron Gate as convicts hoping to break free as quickly as possible. You’ll start out divided into two adjacent prison cells, but make no mistake – you’ll still need to work together with your teammates in the other cell if you want another chance at life beyond the prison walls. After you find a way to break out of your cells, you’ll have to figure out how to get into the warden’s office to complete your final task and walk free.

To get a glimpse of what escaping Iron Gate really looks like, check out this quick 30-second video.

As you can probably tell, escaping a prison is no easy task, and there’s one more thing – time is of the essence. Your one shot at escape is the warden’s hour long staff meeting, giving you exactly 60 minutes to make it outside the prison walls or risk being stuck in Iron Gate forever.

As The Escape Game’s most difficult room, Prison Break is comprised of a variety of puzzles that will require ingenuity, resourcefulness, and quick thinking from teams. Everyone’s strengths will come in handy, whether your team includes your mom who has a knack for problem solving, your best friend who has sharp eyes, or your boss who is great at keeping everyone on track. It won’t be simple, but we think you’re ready to take on the challenge.

As difficult as it might be to escape from prison, creating the game was a significant task too. The creative division had a very specific intent as they decided on their vision of Iron Gate:

“The cells are very prison like. With the real steel doors and the CMU blocks, which are what prisons are made out of typically, we built a prison. That’s what we strive to do in our department, to build a game that makes you feel like you’re there. We did that with Prison Break.” – Marshall, Creative Division

To gain an even deeper understanding of what the game creation process looks like, take a peek at this clip that shows the early stages of visualizing a prison concept.

Our team is so dedicated to making our games as true to life as possible, they even included real prison toilets! They came right out of Memphis State Penitentiary – but don’t worry, they were extensively cleaned and sanitized before they ever came near our game rooms. To hear more about the behind-the-scenes game production process, take a look at this video from our creative division.

Clearly, no expense is spared when it comes to making our games as realistic as possible. Between the elaborate room designs and the thrill of trying to escape, you might even forget that you’re not actually stuck in prison! Do you think your team is ready for the challenge? Book your game now to see if you’ve got what it takes!